On 10th March, Partisans attended the annual ceremony at the houses of parliament at which they were awarded ‘jazz album of the year’ by #APPJAG. They were also nominated for ‘ensemble of the year’ & Phil was nominated for ‘jazz instrumentalist’. The band was delighted to receive the award. Congratulations to all winners & nominees. It was a great night! http://www.ppluk.com/About-Us/News/Press/Winners-announced-for-2015-Parliamentary-Jazz-Awards/ 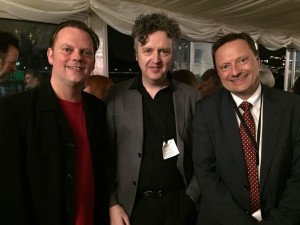