“Phil Robson is one of the best guitar players in the world today. His musical ideas flow continually and with a seamless logic. His technique is flawless and is in service to his fertile imagination. One of my favorites and a source of inspiration! Don’t miss an opportunity to hear this modern giant!!” Peter Bernstein

“Phil Robson is one of New York’s most brilliant Jazz Guitarists!” Vic Juris

“Phil Robson is the real deal: swinging, melodic, contemporary – he’s a master of great voicings and modern linear phrasing! You’re going to dig what he has to share with you!” Sheryl Bailey

“Phil is a wonderful guitarist and composer, definitely a unique player. We had a ball…” David Liebman 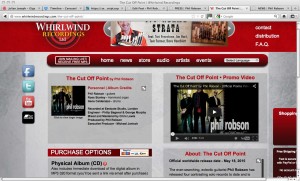 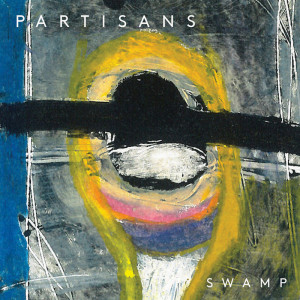 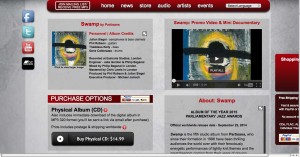 Swamp sees Partisans at their very best; unabashed raw emotion mixed with a truly consummate collective sound and interplay that can only be developed when a group has this much history. In a world where so-called ‘bands’ come and go … END_OF_DOCUMENT_TOKEN_TO_BE_REPLACED

“Phil Robson’s music, on a first hearing, always gives me that feeling I haven’t yet heard right the way through it to the other side. Yes, there are moments of beauty, external allure, yes there is variety. But there is also a depth which brings one back wanting to revisit, to hear more and more….. I can only describe this group as unmissable.” londonjazznews.com

“Phil Robson’s inventiveness on the guitar is unstoppable….” The Telegraph

“…and the bandleader unleashed his secret weapon of the evening – one Phil Robson on guitar…. Robson supplied another incredibly inventive guitar solo that really got stuck into the DNA of the tune…” London Jazz Review of Gareth Lockrane big band at Ronnie Scott’s.

“Each of the musicians seems to relish every note of Robson’s compositions, responding to the guitarist’s ideas with some inspired playing and eagerly grasping the opportunities for improvisation.” Bruce Lindsay, allaboutjazz.com

“Every number is elegantly developed by Robson. His probing streams of consciousness touch corners of the jazz mind lesser guitarists cannot reach.” **** 4 Stars, ‘The Immeasurable Code’, CD of the Week, Evening Standard.

“Those who look for substance in the maturing Brit Jazz renaissance need look no further than this many textured outing which reveals Robson not only as guitarist, but even more pertinently as an accomplished writer. The roots for this music go deep…this is music to return to time and again.” Jazzwise **** review of ‘The Immeasurable Code

“Robson performs impeccably throughout, whether he’s contributing chordal washes in support of Lockrane or Turner, or taking the spotlight for some intricate, fluid solos of his own.” AllAboutJazz review of ‘The Immeasurable Code’.

“British jazz guitarist Robson is no stranger to transatlantic partnerships, but this one with the understatedly persuasive American postbop saxophonist Mark Turner – a recording caught live on tour this year – might be the best of them. The quintet mix rhythmically devious originals, a world-jazzy idiomatic openness, and a rare chance to hear Turner cut loose on soprano sax.” The Guardian

“But the sensation of the festival was guitarist Phil Robson’s Six Strings and the Beat project, for guitar trio and string quartet. This inspired crossover is a real achievement for Robson and should go down among the year’s jazz landmarks.”
John Fordham – The Guardian ****

“based in London, Robson is a top-class soloist but is also capable of remarkably sophisticated writing for string quartet, voice and rhythm section.”
From Evening Standard **** review of ‘6 Strings & The Beat’

“Partisans were the highlight of the festival, jazz that makes you blink in its glare” John Fordham, The Guardian, Cheltenham Jazz festival

“This is a very exciting time for British jazz and Partisans are one of the prime reasons for this.” Birmingham Post Re Partisans

“Phil is a wonderful guitarist and composer, definitely a unique player. We had a ball and hopefully I will be able to play with Phil again.” David Liebman, USA sax legend.

“Partisans present some of the most refreshing music I’ve heard in a long while, uncompromising, very well written and very well played. It demands serious attention. I hear in these players a sense of common purpose and resolve, and a strong command of a dialect uniquely suited to this music. It’s heartening to hear music that looks to find its own particular place.” Steve Swallow